How Do You Make Sure Your Wire Deck Can Handle the Weight of the Load?

There is a lot of confusion about wire decks and load distribution, and there are many reasons for this.

For example, when listing wire deck capacity, is the manufacturer referring to the wire deck itself, or is it a combination of the deck and the crossbeam it sits on? Is the capacity the same regardless of the type of load? What is the shape of the support channel?

Some of the most common and important questions we encounter are usually those related to wire deck capacity and load distribution.

In other words, customers need to know how wire deck capacity changes when the load bearing areas of the deck change. These questions are important because their answers can directly affect how the set is used. This information helps prevent end users from misusing or overloading the deck and helps all involved to better understand the true load-bearing capacity of the deck.

It is important to remember the rule of thumb when examining a customer’s load capacity for a given wire deck to ensure that the load is evenly distributed. Capacity ratings are usually based on uniformly distributed loads, i.e., loads that are evenly distributed over the deck surface.

Should the customer have line, concentrated or point loads, they are considered non-uniformly distributed loads and the original deck capacity will no longer apply. This type of load may require special design to avoid the risk of failure.

Simply to make sure there is no confusion, let’s review some definitions of these different types of load distributions.

A UDL is any static load that is uniformly distributed over the entire surface of the rack deck. This means that the product stored on the deck must cover the entire deck from side to side and front to back.

A line load is any static load that distributes its weight in a centralized pipeline. For example, a load on a pallet that has only two panels running parallel to the wire deck channel is considered a line load. In this case, it may cause the wire to carry the entire load. 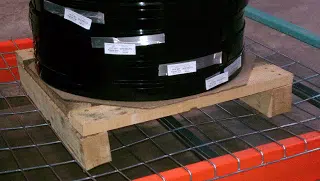 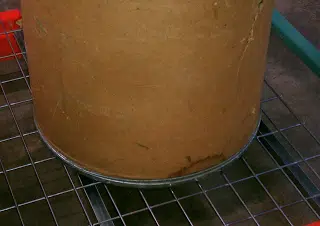 Any static load that is concentrated at a specific point on the deck. The most common example of a point load application is heavy equipment with small legs. In this example, the weight of the equipment is concentrated primarily on the relatively small feet, resulting in significant sagging. 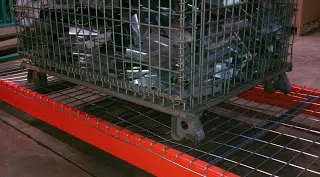 Aceally is a manufacturer with 20 years of experience in the field of wire mesh decking production, has been committed to providing warehouse optimization solutions for various enterprises. It seeks truth from facts in the design process, guarantees quality in the production process, and has high quality and low price in the sales process. , make good use of every inch of space efficiently!

How to choose storage racks?

Warehouse Slots: A Powerful Tool for Optimizing Storage in Your Warehouse

Why You Should Invest In A Racking System For Commercial Storage?